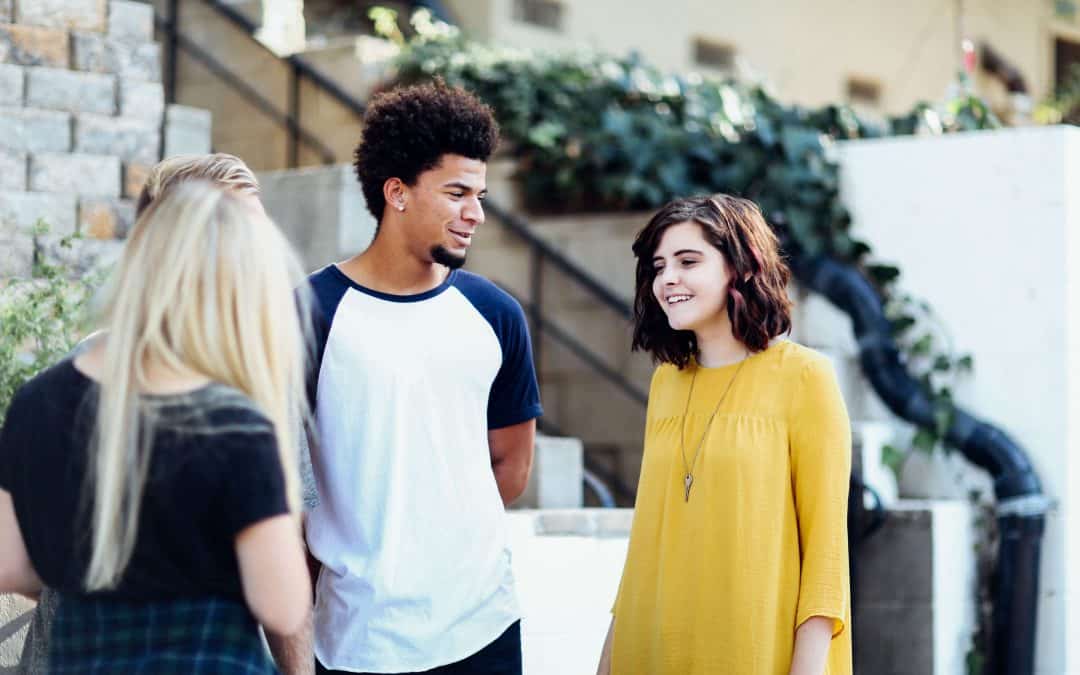 The world is composed of melting pot of people with different backgrounds and origins. However, one thing that makes them all be classified together is by the generation that they belong to. Each person, no matter what ethnicity or culture they are from can belong to the same type of generation with someone who comes from an entirely different background. By classifying people by generation, educators and institutions are able to apply the best practices and gain valuable insight into what makes a generation tick. With that said, we will be covering Generations X, Y, Z and others in our extensive review on the generations. But first, the basics.

What is a Generation?

A generation in its most literal sense is the term coined to describe a parent-child relationship. In a social point of view, it refers to a group of people who are born around the same date range. They share a general cultural view of the world in spite of coming from different backgrounds.

Why is Knowing the Generations Important?

There are different perspectives as to the importance and components of a generation, however it’s safe to say that its main significance lies within societal analysis. This is because each generation can have a huge effect on the behavioral patterns of society at large, thus it has become a serious study since the 19th century.

The study of generations provides us both with insights into past events such as the patterns of permanent social changes across time, as well as increased awareness to possible future events like rebellions against the established order. However, arguably the highest significance of knowing generations is that it enables us to understand how people think and act much easier. By analyzing patterns of generational and societal thinking, it opens up a lot more to both the fact of acquiring more accurate information and possibly catering to the needs of these people in different aspects.

Right before Generations X, Y and Z, the so-called baby boomers were hitting the spotlight. This generation were the ones born from 1946 to 1964 during the post-World War II ‘Baby boom’. During this time people were only starting to recover from the huge financial drain of WWII. For many, the world that they knew about was full of hardships in their first few years. However, thanks to the aids of technological advancements, property rates, education and government subsidies, they improved economically like never before. As a group, baby boomers were the wealthiest generation up to the era in which they arrived and thus reaped the benefits of abundant levels of food, apparel and other goods that were consider more ‘luxury’ at the time. Idealistic and uncynical, this was the generation that fought the cold war and smashed down the Berlin War. Today many of these baby boomers are enjoying their retirement, most of them in the comforts of their luxuries.

Generation X are those born between the mid 1960’s to the early 1980’s. Compared to the previous generation they’re considered to be more open to diversity. Generation X are far more accepting of things such as sexual orientation, class, ethnicity and religion. However, in comparison to previous generations, they are also considered to be characterized with permanent cynicism. Sometimes referred to as the “lost” generation, many were brought up in daycare and divorce. What’s more, Generation X was brought up in a time of huge political turmoil and uncertainty. Some of the biggest events that affected the people of this generation included the Vietnam War, the Cold War with Russia, the fall of the Berlin wall as well as the Thatcher-era government in the UK. With fears of Russia, protests and strikes and increased usage in substance abuse, this could explain the high levels of skepticism within the generation as a whole.

However, not all was doom and gloom. The general distrust and anger at the government brought about the rise in activism and campaigning, whether it be in animal rights, human rights or women’s rights. What’s more, whilst too young to have fought in any major war, Generation X were old enough to enjoy free education. And perhaps with such high levels of education as well as growing maturity (or cynicism) they began to form families with far more caution and pragmatism than their parents demonstrated. All these political and cultural events greatly influenced and shaped the people of this generation. Adam Sandler and Victoria Beckham are some of the most popular people who were born in this generation.

Origin and Other Facts

Generation X wasn’t given recognition as a “set” name for the generation at first. This cohort was previously named as Post-Boomers, Baby Busters, Latch-key kids, 13th Generation (coined since the American Independence) and even called the New Lost Generation beforehand.

The term Generation X had been used even long before it became official. In 1950, Robert Capa used the term as a title for his photo-essay about young men and women growing up. In 1976, Billy Idol, an English musician used it as a name for his punk rock band. But it wasn’t until Douglas Coupland used it in his novel Generation X: Tales for an Accelerated Culture in 1991 that it became popular.

People that belong to Generation Y are those that were born between 1980 and early 1990’s and are perhaps more commonly known as Millennials. Born between the advent of the Walkman and the founding of Google, Generation Y are unsurprisingly shaped by technology. Perhaps one of the most notable millennials in that field being Mark Zuckerberg, founder of Facebook.

Having been born into an emerging world of technology, Millennials were graced with the luxury that no generation before them had, the information era. Now preferring to research using the web, and communicate via social media and text, this generation is attracted to organizations where technology is at the forefront of their company’s ethos. They also have a few different mindset when it comes the workplace. Unlike their parents before them, Generation Y prefers flexible working schedules and a more rounded work/life balance. Instead of working long shifts to slowly make their way up to the top of an organization, millennials may jump from one job to the next until they find the flexibility they’re looking for. It is with this in mind, the generation is perhaps more harshly criticized than previous generations, as they are often accused of being lazy, narcissistic, politically apathetic and prone to job jumping.

What’s also interesting is that millennials are often perceived to have quite a rosy, ‘glass half full’ outlook as opposed to the generation before them, which may be due to the relative peace of the 1990s. However, this was short-lived as their sunny world dashed by the 9/11 attacks and two economic crashes in 2000 and 2008.

Origin and Other Facts

The term Millennials were coined in 1987 by authors William Strauss and Neil Howe. They wrote about them in their 1991 book Generations: The History of America’s Future, 1584 to 2069. In August of 1993, Generation Y was used in an Ad Age editorial describing 11 years old or younger as teenagers that belonged to that generation. However, in 2012, they also said that Millennials is a better term than Generation Y.

Before Generation Y became official, there were also alternative names that were coined for it. Some of these were Generation We, Global Generation and Generation Next. Some called them Echo boomers based on the demographic echo of their baby boomer parents.

Generation Z also known as iGeneration are those that were born right after the Millennials. Unlike the millennials, they’ve had their eyes open from the beginning, coming along during the era of the War on Terror and the Great Recession. Having grown up in a world with such political and financial turmoil, the outlook of Gen Z definitely steers more towards pragmatism than the rosy optimism adopted by the generation before them. Subsequently, Generation Z are considered to be smarter, safe and more mature in their outlook to Millennials. They are – to their cynical Generation X parents – almost nauseatingly worthy, keen to volunteer and aware that an education is to be treasured.

What’s more, having witnessed the struggles of Millennials (think: older siblings, many still living at home) many have learnt that traditional choices don’t necessarily guarantee success, and so have resolved to do things differently. This in turn, seems to have nurtured a distinctly entrepreneurial spirit among Generation Z, with some studies suggesting as many 61% of high school students want to be an entrepreneur rather than an employee. The increase in alternative pathways or DIY education made possible through the internet, has led to many dreaming of self-employment.

Having grown up with technology at their fingertips, they are truly the first digital native generation. Those who were born in this generation are very comfortable with the internet and social media. They are the ones who see these tools as a good way to socialize or communicate with people without feeling isolated from the rest of the world.

Generation Z is also the most culturally and ethnically diverse to date. The cultural and ethnic melting pot of their generation is also reflected in their attitudes towards social issues. Gen Z is seen to be more tolerant than Gen Y of racial, sexual and generational diversity, and less likely to subscribe to traditional gender roles.

There was no official terminology for Generation Z after the Millennials were coined. So authors William Strauss and Neil Howe’s copany sponsored an online contest in 2005 to find the best term for this cohort. The name Homeland Generation had the most votes however the authors weren’t really totally into it. So they tried to see whether a great press release would give them what they’re looking for. These authors had always believed in great press release being the best hook of all time. Long story short, the term Generation Z was suggested and gained popularity in 2014. It was all because of a press release entitled Meet Generation Z: Forget Everything You Learned About Millennials launched by Sparks and Honey. 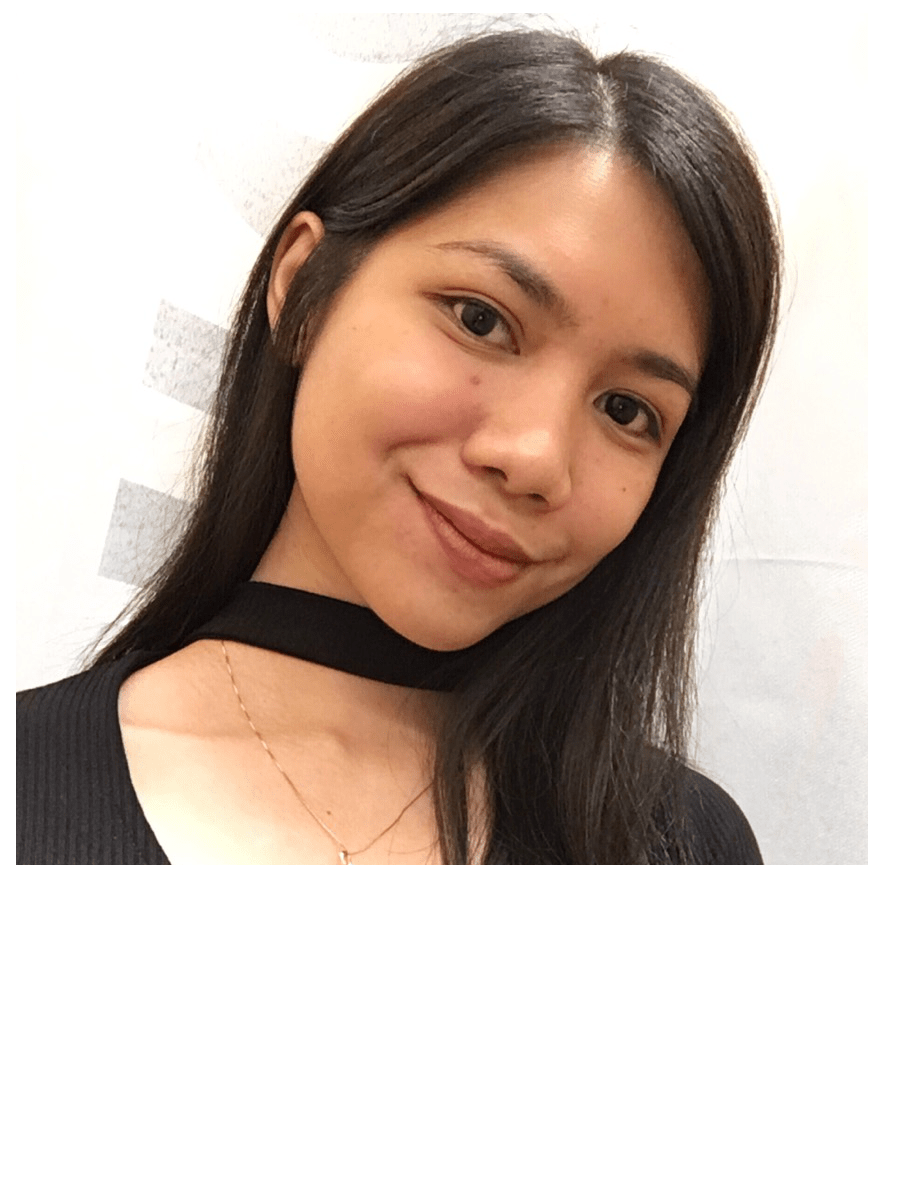 Christine has been working in the field of freelance for just over 7 years, specializing in copy-writing, social media and voice-overs.

Describing herself as a "social media bee 24/7", Christine has an undying passion for photography and music. 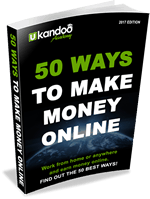 We've handpicked our top methods with indepth insights into the risks, the benefits and how to get started for each!